Marquis was born two hundred and twenty four years ago in the nation of Dollet. His parents were minor land owning nobles who could afford a good education for all of their children. Marquis was particularly passionate about art, history and literature. As he came in to manhood he also discovered that he was a good swordsman and spent a lot of time honing his skills with the recently invented 'gunblade'.

His parents purchased him a commission as a junior officer in Dollet's navy. The position frequently bored him as he spent a great deal of time working on administrative tasks ashore. Dollet was not at war at the time, so he saw little action at sea besides the occasional hunt for privateers. He made his way up the ranks, but had a relatively unremarkable career. He met the woman he intended to marry at age 28, having inherited some land of his own from his parents. However, fate intervened.

One night Marquis entered in to a duel with one of his closest friends, a dispute of honour to settle the matter of whom would marry the woman they had both fallen in love with. It was on this night that Marquis met the vampire who was to become his sire, Scarlet. Her first act was to shoot and kill his friend. Marquis was horrified. The duel was not supposed to be to the death. Thus began a campaign of terror that lasted a number of months, as Marquis, his friends and his family were hunted and tormented mercilessly. The saga culminated in Marquis' embrace, and in the years afterwards, Scarlet eroded his already teetering humanity.

Marquis never got on with his sire, and never forgave her for murdering his love, despite the fact that the emotion was beginning to have little meaning to him. This animosity eventually expressed itself as a rebellion. Marquis set himself on the Path of Night, becoming even more monstrous than Scarlet. He left her, and moved to the city of Deling. Careful to remain under the radar, Marquis was nevertheless noticed by the Bishop of Deling, who recognised a useful weapon in this young, ruthless Lasombra.

Over the coming decades, Marquis was to become that weapon. He never faced the Sabbat's external enemies, but worked tirelessly to fight the enemies within. A close relationship with the inquisition saw him root out case after case of infernalists and traitors. His victims never knew his name, and never survived to speak of his efficiency.

Towards the end of this period it is known that Marquis had sired at least one childer, Leena Iser. Just as his relationship with his own sire collapsed into rebellion, so Leena repeated the pattern, despite some years of companionship.

It was quite recently that the Bishop of Deling learned of the artefact known as the Jade Rose. Fearful that the Camarilla would gain control of such a powerful weapon, he decided to play his ace in the hole. He gave Marquis a powerful ring, one that would give him his reflection back, and mask the truth of his aura, ordering him to retrieve the Jade Rose and bring it back to Deling. Marquis protested at the mission. He was accustomed to infiltration and deception, but didn't know how long he would be able to tolerate putting on a 'human' façade. The Bishop countered that he was one of the only high level agents not known to the Camarilla, and therefore the only one suited to the task.

Despite Marquis' protests, the Bishop was insistent, and three years ago Marquis set out on what was to be a successful yet damaging mission. His first task was to destroy a small sect of independent vampires in Trabia. This group was known to the Camarilla, and had already offered to send aid to cope with the glut of sireless kindred. Quickly slaughtering the group, Marquis was then free to masquerade as one of their number in the knowledge that, should anyone try to verify his story, there would be no-one alive to disprove it. With this done he then made his way to Esthar.

As he predicted, being among kindred with humanity, and pretending to be one himself, was a serious strain on his sanity. Marquis aided the group in a number of endeavours during their quest for the Jade Rose, and began to form relationships with many of the group members. With horror, he realised he was actually beginning to care about the welfare of others. Much of his progress on the Path of Night was undone, and his beast came to the fore more and more regularly. By the time Ellinoria and the Rose had been located, he was near breaking point.

At the climax of the Jade Rose story, Marquis destroyed Darjen to revenge himself upon Samantha and took the Jade Rose. He returned to Deling a hero in the Sabbat's eyes, but the experience had left deep psychological scars.

During the Obsidian Nights, Marquis was rewarded for his success by being placed in charge of an operation to attempt to bring Esthar into the hands of the Sabbat. He worked closely with many sect allies to attempt to achieve this goal. Included in his plans was an attack on a Werewolf Cairn near Esthar, in order to drive the werewolves away and make it easier for the coming invasion. It was during this ritual that the group intervened, and Samantha shot Rielle Driz'vohn.

Sending him in to rage, the attack on Rielle caused Marquis to become even less rational. Eventually, he put a plan in to action whereby he would use the Jade Rose to turn the important kindred of Esthar mortal, then re-embrace them as his own childer, thus gaining control. This plan was thwarted before it could begin by the group, who completed a ritual started by the Setites, and forced Marquis' humanity on him. It was Ashurah DeValle that dealt the final blow.

During this section of the RP, Marquis' had very little sanity or sense of identity, and therefore babbled nonsensically at whomever was listening.

After two traumatic years of meditation and reflection aided by Azure, Marquis chose to re-join kindred society on the night of an all out Sabbat attack. He constantly struggles with the guilt and grief engendered by his past actions, especially in the face of vampires like Samantha. He has been pleasantly surprised to have the social (and perhaps unwittingly emotional) aid provided by Persephone.

Pretty when you Cry - VAST 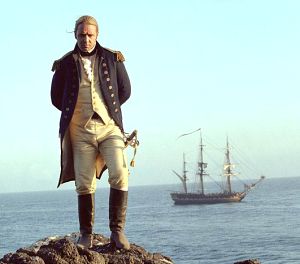 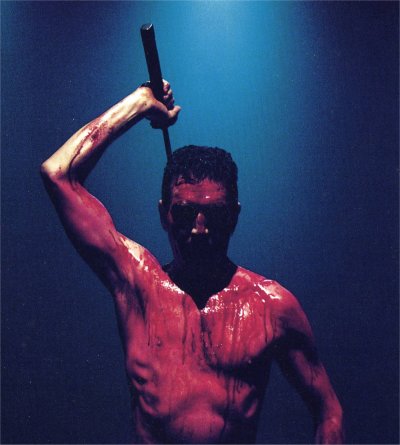 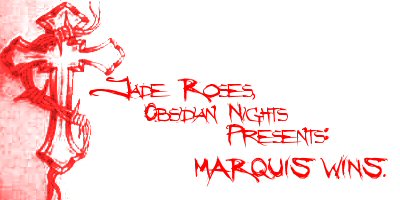 Retrieved from "https://jaderoses.fandom.com/wiki/Marquis_Kohnz?oldid=5561"
Community content is available under CC-BY-SA unless otherwise noted.